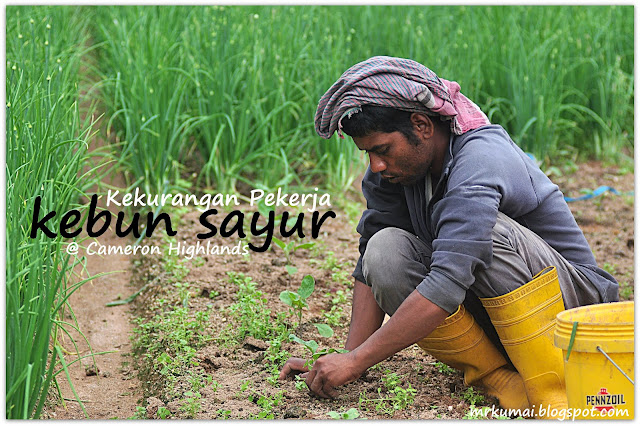 KUALA LUMPUR, 13 April 2016:
Some 2,000 farmers and smallholders in Cameron Highlands are in a bind over the government's decision to halt the recruitment of foreign workers, with some of them even contemplating winding up their operations as they are facing a dire shorage of workers.

In fact, he added, the highlands' agricultural sector "is in a critical state" due to the shortage of workers, forcing several farms and plantations to reduce their outputs as they have been unable to
operate fully.

While stressing he respected the government's move to put a stop to the hiring of foreign workers, he hoped that it would review its decision in view of the pressing shortage of manpower in the
agricultural sector.

"Besides my association members, the Chinese and Indian farmers and smallholders in Cameron Highlands are also badly affected by the shortage.

"We are all hoping that the government, as well as Malaysians in general, will understand the problems we are facing… we're genuinely dependent on foreign labour and if the worker shortage prevails, we may have no choice but to fold up our businesses."

Deputy Home Minister Datuk Seri Ahmad Zahid Hamidi had announced on March 12 that the Cabinet had decided to halt the recruitment of new foreign workers for all sectors except the domestic help sector.

Ahmad Zahid, who also chairs the Cabinet Committee on Foreign Workers and Illegal Immigrants, said employers who needed workers have until June to apply to legalise existing foreigners in the country without work permits, under the Rehiring and Relocation Programme implemented in February this year.

Syed Abdul Rahman said his association, as well as the Cameron Highlands Indian Smallholders Association, Vegetable Farmers Association, Flower Farm Operators Organisation and tea plantation
operators, were prepared to meet up with the authorities concerned to seek a solution to their manpower shortage issue.

He said the situation was expected to become worse in June when the Rehiring and Relocation Programme expires and employers were no longer able to recruit new foreign workers.

"The problem has to be solved fast before it becomes critical. As it is now, some operators are closing down certain sections of their tea plantations while some vegetable farm owners are also downsizing their operations. Some farms are even being left idle, simply due to the shortage of workers."

Syed Abdul Rahman said the farmers and smallholders would incur huge losses if the shortage prevailed as the daily turnover of Cameron Highlands' agriculture sector stood at RM5 million a day.

"Then, there is the agrotourism industry which attracts one million tourists a year," he said, adding that Cameron Highlands' tea production would also suffer. He, however, could not provide the
turnover figures for the tea industry.

Besides the agricultural operators in Cameron Highlands, he said the setback would also have an adverse impact on the economy of the district, state and even nation.

While acknowledging that the farmers and smallholders in Cameron Highlands had benefited from the grants and microfinancing schemes offered by the government, as well as the Federal Agricultural
Marketing Authority's marketing services, Syed Abdul Rahman said he feared that all these efforts may go to waste if their businesses were affected due to the worker shortage.

"There's a possibility of some of us facing court action for failing to repay our loans."

Syed Abdul Rahman said there were 4,000ha of tea plantations, 2,000ha of vegetable farms, 1,000ha of flower farms and 20ha of strawberry farms in Cameron Highlands, with each hectare requiring the services of three workers.

He said the Cameron Highlands farm operators had always followed the proper procedures when recruiting foreign workers, adding that the Agriculture Department was tasked with the responsibility of assessing their manpower needs.

"As such, it was not difficult for the authorities to monitor the foreigners working in the highlands."

Syed Abdul Rahman also pointed out that the farm operators were prepared to hire Malaysians "but they don't seem to be too keen to take up the job offers and even if they do, they don't remain long
with us".

"Unfortunately, they didn't remain with me for long… the longest they would stay is three or four months. This is why we have to depend on foreign workers."

Syed Abdul Rahman said his farm had also accepted students who sought practical training but he found a change in their attitude as soon as they received their qualifications.

"During their practical, they didn't mind carrying out activities like weeding but after getting their qualifications, they only wanted to supervise other people weeding.

"Nevertheless, we always leave the door open for local workers and we don't mind giving them training. But can we get enough local workers (to meet our requirements)?"

"In fact, it's cheaper for us to hire locals because we only have to pay them RM1,000 each… foreign workers who have been working for us for many years are definitely more 'costly' for us.

"And, foreign workers have their own antics too and even demand that we give them overtime work so that they can earn more.

"Since they usually don't work diligently if they don't get to work overtime, we end up allowing them to work overtime three or four hours a week," he said, adding that the employers also provide quarters for all their workers.

Syed Abdul Rahman said they had also tried hiring members of the Orang Asli community living around Cameron Highlands but found that they did not like being tied down.

"They work as and when they want… and even though we pay our workers a monthly salary, the Orang Asli workers want their wages to be given to them every two days," he said, noting that Orang Asli youths tend to be more disciplined and do not mind working regular hours.

However, he added, it was difficult to attract them as more often than not, they were recruited by government agencies like the local councils. 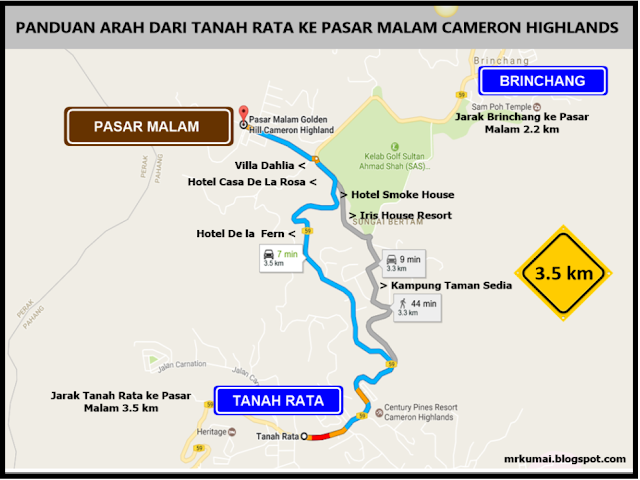